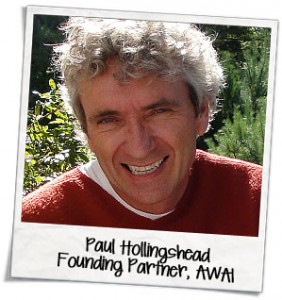 Once you have the secrets to writing direct-response copy, it’s like you’ve been granted an all-powerful gift of near “Unlimited Income.”

You just decide how much you need and figure out how many letters you need to write.

It’s like having a little wealth dial you can turn as high as you want!

Let me explain to you how the business works – and why companies are so willing to pay top dollar to write sales letters.

It’s quite possible for a copywriter to live very nicely off just one successful letter per year. That’s because you’re not only paid a handsome fee to write the letter (anywhere from $3,000 to $12,000, depending on the job and the reputation you’ve built up), you can be paid royalties too.

Royalties work for a copywriter much like they do for a fiction writer who writes a bestselling book.

The more people who read your letter (whether it’s via the mail or the Internet), the more you get paid. I’ve written letters that have paid me tens of thousands of dollars … simply because they mailed so successfully time after time. (One letter I wrote paid me roughly $40,000 a year in royalties for four straight years. That’s over $160,000 in income for about two weeks’ work!)

Of course, most successful copywriters don’t write just one letter a year. They write 10, 15, 20, even 30 letters. (There’s plenty of work, don’t forget – from long letters like this one to half-page emails.)

And once this very close-knit industry finds out you can write winning copy – your phone won’t stop ringing!

Did you ever think writing simple, personal letters could be so lucrative?